Finally, the creation of the company.

As a natural evolution of the MFA studies, and two years after that program, the creation of the company.

About a month ago I finalized the registration of the animation studio that will be a direct result of the current production of the film. The film, is changing name due to the fact that there is an already published film by the name Traces. I am still digesting that idea, since I made so much work based on the name Traces.

The animation studio is Daca Daguao Digital Design, LLC. It is more like a Design Studio, that concentrates in animation.

I am very exited about this new chapter in my life. Soon (I guess now) I will call myself an entrepreneur! A business owner! I will still do my freelance work, those clients are helping this process too.

Daca Daguao Digital Design is an Oregon limited-liability company formed for the development and production of socially-relevant themed films with a secondary objective of developing Hispanic-themed films as well as the employment of Hispanic and other minority actors in primary roles. The studio will also create and fund a school to help as many other artists as possible. The idea is for the school to eventually feed the studio with fresh blood, and retrain artists that want to change careers.

The logo of the company is based on Taino culture. Daguao was a cacique on the east part of Puerto Rico. As one, if not the last cacique that battled the invading Spaniards to the end he is a symbol of tenacity and perseverance for us descendants. Daca means “I am” in Taino, and Daguao is the cacique.

The Sun symbol on top of the Cemi or Trigonolito representing Yocahu Vaguada Maorocoti, god of fertility. The idea is that the god of fertility represents the fertile field of Spanish themed films and actors/actresses for the industry of animation. The sun signifies that it never sees the night. For more information, head over to Cemi Museum site and for more Taino iconography here.

With the changes in the industry and the flux of business practices, both legitimate and nefarious of some studios I developed a mission to help other artists. One of my intentions is to retrain and hopefully re-employed artists that have been displaced due to age or any other unjustified reason. Through my soon-to-be created school I intent to help the new artists make better business decisions and create further opportunities to other artists in the future.

This is the commercial art side of Daca Daguao

On this site you will find commercial art done by me or one of the other artists through Daca Daguao. We (now considering the future artists) will work with Illustration, Graphic Design, Audio Design, Animation and Video. I have some artists asking me if we can publish comic books, and I like that idea. So, maybe in the future we might have comic books too. It also made me think of getting some of my comic book projects out of the drawer, but who knows? Maybe some day.

One thing is sure though, the company is getting its foundation built one stone at a time. 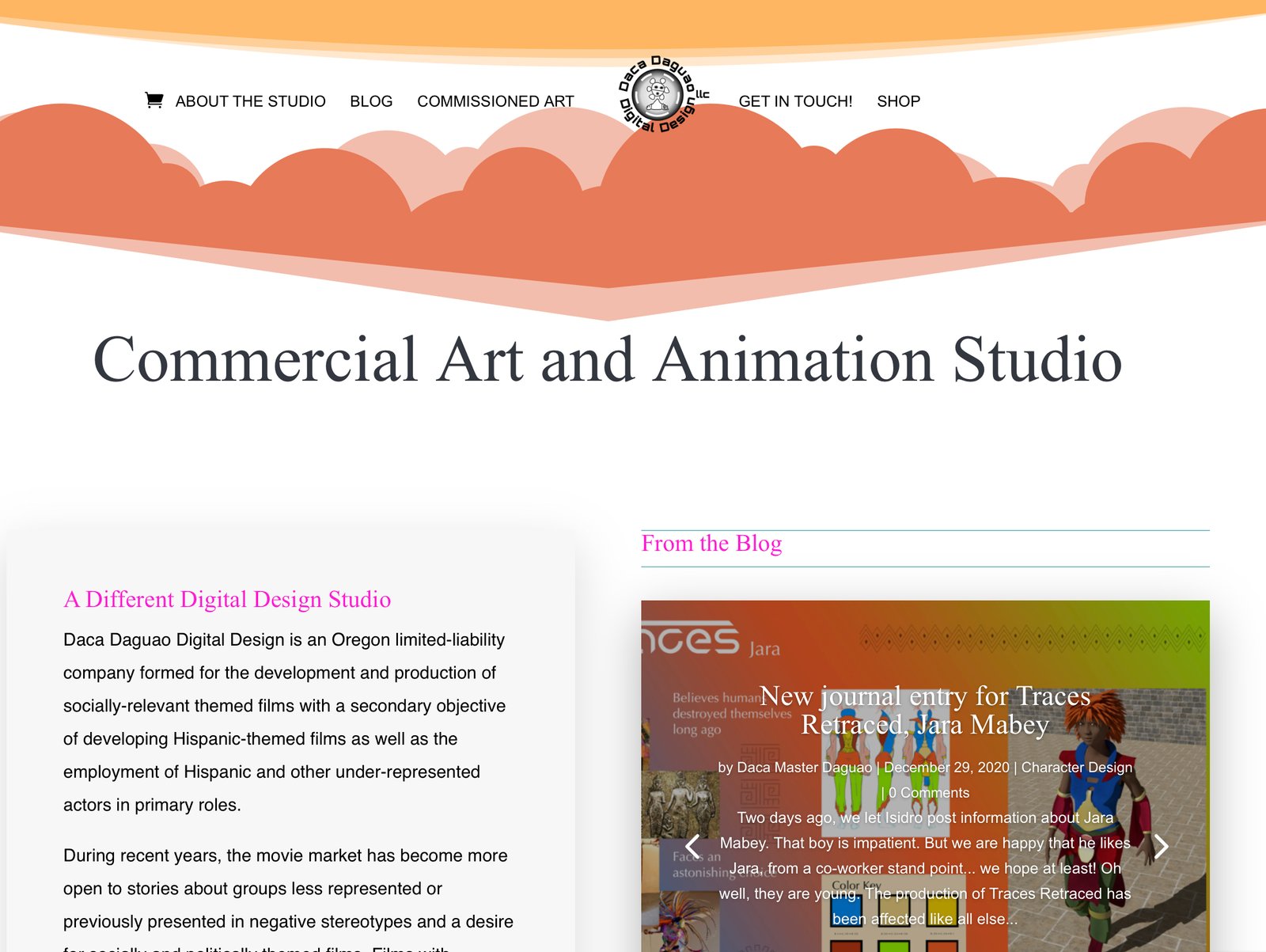 We uses cookies to improve your experience while you navigate through the website. Necessary cookies are stored on your browser, they are essential for the working of basic functionalities. Third-party cookies help us analyze and understand how you use this website. These cookies will be stored in your browser only with your consent. Opting out of some of these cookies may affect your browsing experience.
Necessary Always Enabled
Necessary cookies are absolutely essential for the website to function properly. This category only includes cookies that ensures basic functionalities and security features of the website. These cookies do not store any personal information.
Functional
Functional cookies help to perform certain functionalities like sharing the content of the website on social media platforms, collect feedbacks, and other third-party features.
Performance
Performance cookies are used to understand and analyze the key performance indexes of the website which helps in delivering a better user experience for the visitors.
Analytics
Analytical cookies are used to understand how visitors interact with the website. These cookies help provide information on metrics the number of visitors, bounce rate, traffic source, etc.
Advertisement
Advertisement cookies are used to provide visitors with relevant ads and marketing campaigns. These cookies track visitors across websites and collect information to provide customized ads.
Others
Other uncategorized cookies are those that are being analyzed and have not been classified into a category as yet.
SAVE & ACCEPT
Powered by

Sorry, this is copyrighted, just link to the site if you want to share.Thank you for your support!